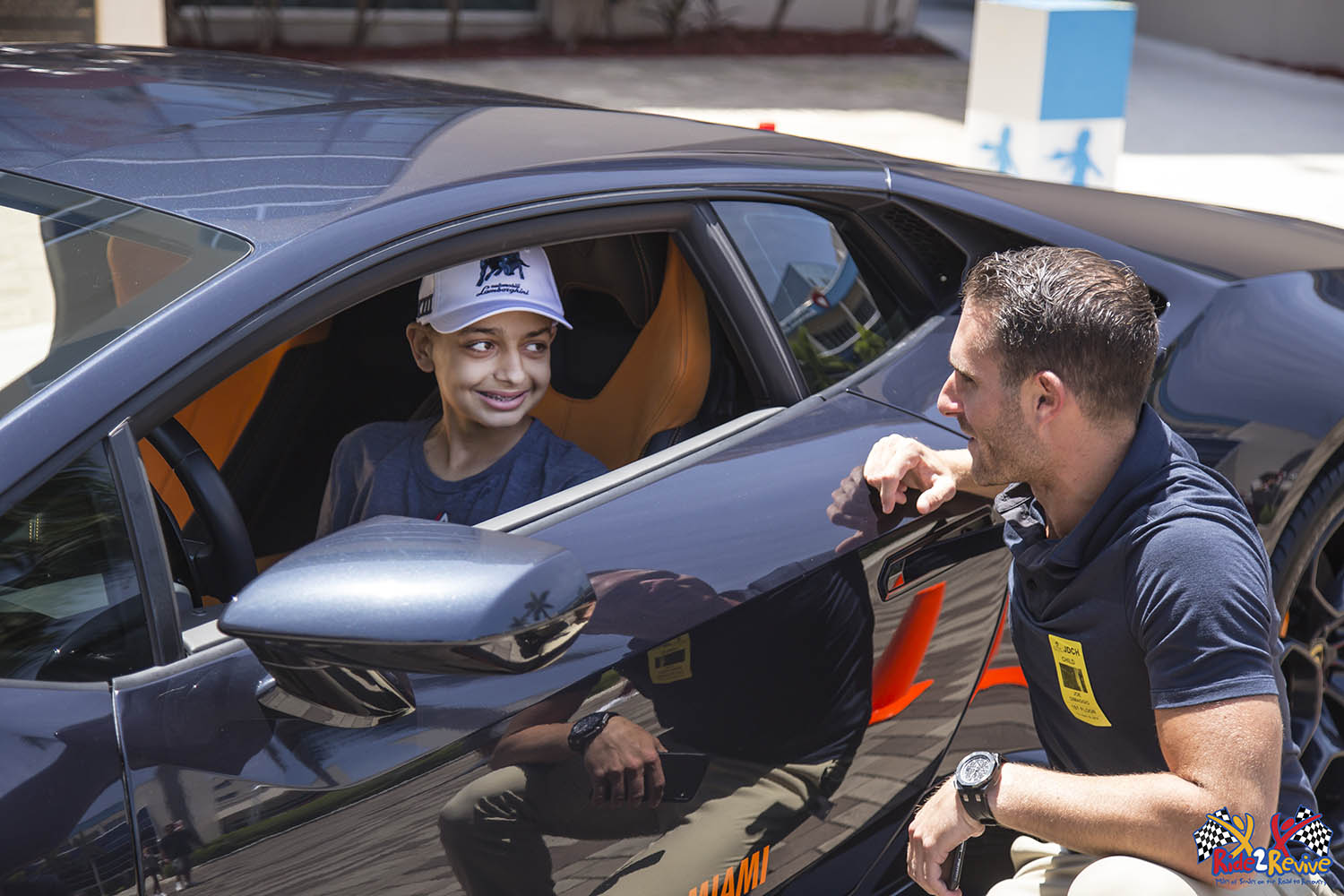 On Tuesday’s we run a support group for our adolescent oncology patients on the floor and Angelo shared that for his “Make a Wish” he is hoping to go the Lamborghini factory in Italy and how passionate he was about Lamborghini’s although he had never been in one. Our ChildLife team then contacted Ride2Revive and less than 48 hours later they came to the hospital in order to surprise Angelo. While Angelo has been doing well with his treatment both physically and psychologically, we have never seen a smile so big and for so long on Angelo. He was so elated, excited and although he had a lot of mouth soars that day, they did not keep him from showing his emotions and his smile was infectious. Not only was he smiling and so happy but so was his mom and grandfather and several of the staff that have been working with him.

Even several days and weeks after the “ride of his life” he lights up when he talks about that experience. Being the pediatric psychologist working with the oncology patients, I know firsthand how important their psychological well-being is during their treatment. Not only do experiences, such as the ones provided by Ride2Revive, lift the patient’s spirit in the moment and let them forget about their diagnosis and treatment for a little bit, it impacts them for weeks and months to come and often helps them during difficult times to draw on these special memories. Ride2Revive did not spare anything to make this an experience of a lifetime as well as a memory of a lifetime with dashboard cameras and professional videography. Angelo not only has his memory but a priceless video to help him relive this experience over and over again.

“Studies have shown that the psychosocial aspect is very important in the treatment of cancer and having the support from organizations such as Ride2Rive is truly priceless for our patients. “

Thank you very much and have a great weekend,

← Prev: Thank you Romero Britto by Leah Cohen Next: From Angelo's Mom →